Today the Southcoast team had the pleasure of hosting the Knowledge Transfer Partnership Conference, 2018 in the iconic venue; The i360. At 8:30 a.m. the guests started to arrive, some feeling better than others as the Gala Night in The Old Market had been a great ‘success’. After being registered and assisted in the cloakroom by the Southcoast team, the guests were all met with fresh hot drinks and warm pastries. 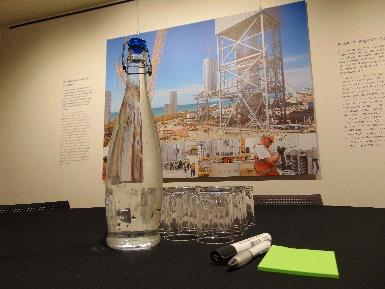 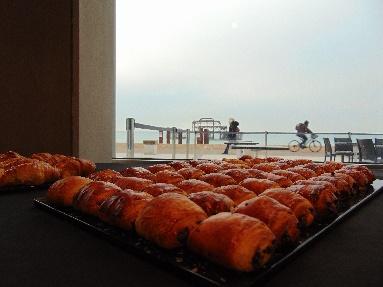 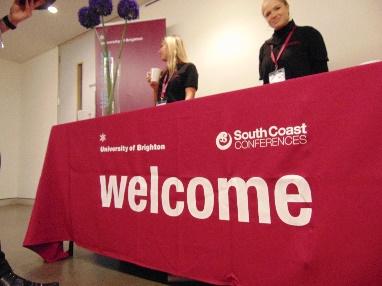 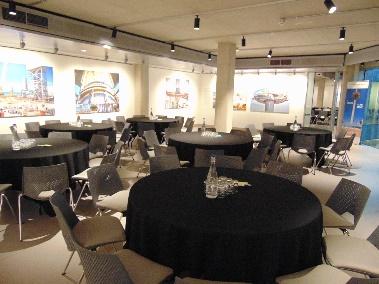 After the guests finished their drinks and pain-au-chocolat they made their way into the Attenborough Room for the welcome talk by Dr Shona Campbell from Brighton University, who opened with asking how everyone was feeling after the night before, and it definitely sounded like it was a good night. The welcome was then followed by the KTP Programme Manager who spoke to his audience on the Operational Updates coming to Innovate UK.  Marc Fleetham then took the stage to tell his audience about updates coming to the National Forum. To help answer any burning questions a Q&A Panel was assembled. The Southcoast team assisted by taking microphones to the audience members asking the questions. 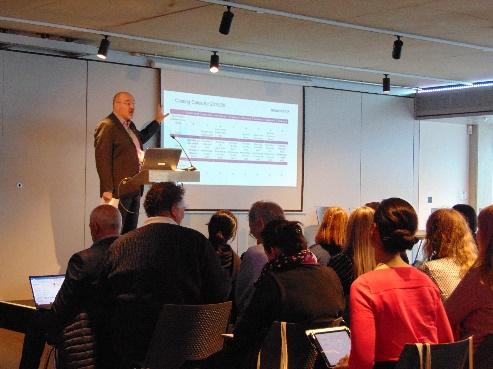 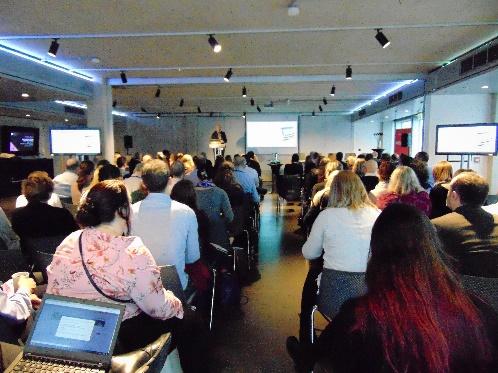 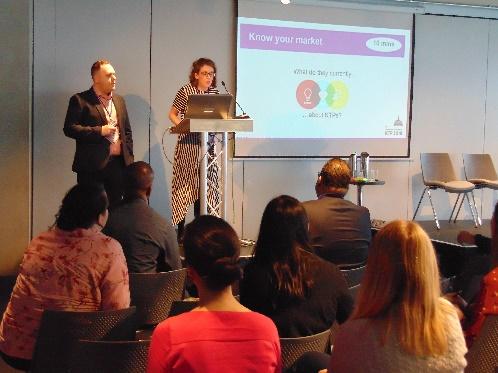 After all questions were answered everyone made their way back into the main room for more refreshments, the pastries at this point had been replaced by a selection of delicious cakes, ranging  from lemon drizzle to brownies. Instead of having an all delegate lecture, delegates were given the choice of workshops to attend. The Southcoast staff did a great job of directing everyone to the right rooms, which minimised potential confusion and kept the schedule punctual. In the Attenborough Room there was a great workshop on the “Best Practice in Lead Generation and Business Development” by Rob Walker and Rachel Corcoran. The Austen Room hosted an informative lesson on “Proposal Writing- Stepping into an Assessor’s shoes” by Jan Stringer and Philippa Ryan and last but not least in the Volk Room there was an interesting workshop on “REF and KTPs: Delivering impact for REF 2021” by Ingrid Pugh and Fran Seballos. 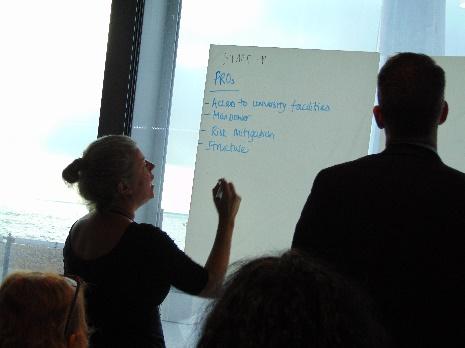 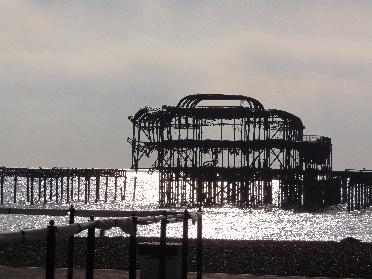 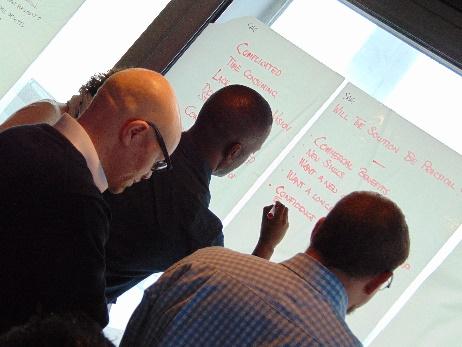 The workshops were followed by the guest speaker Dr John Roberts, who is the Chief Engineer of the i360 and has worked on many other attractions such as the London Eye. He introduced us all to the reasons for building the i360. He told us “the amount of people that have been on the London Eye is greater than the population of England” and wanted to mirror this in Brighton. He went on to describe how the i360 was built and the challenges he and the rest of the engineers had faced in building the structure, such as having to attach “sloshing liquid dampers, from Sydney” to the infrastructure to stop it swaying in the wind. One of the most remarkable aspects brought to light by Dr Roberts speech was where and how he got hold of all the resources for the build. The “Jacks” were made in Switzerland, the glass in Italy, the pod was put together in France and finally, the metal works were located in Rotterdam - it truly was an international effort. However, the foundations were dug by a British company. To end the talk, Dr Roberts explained how the tower was built without a crane as this method would not work, the tower being taller than a crane. He explained how they used a jacking tower method instead, taking only ten weeks to build the tower once all the resources had reached Brighton from their many different locations worldwide. 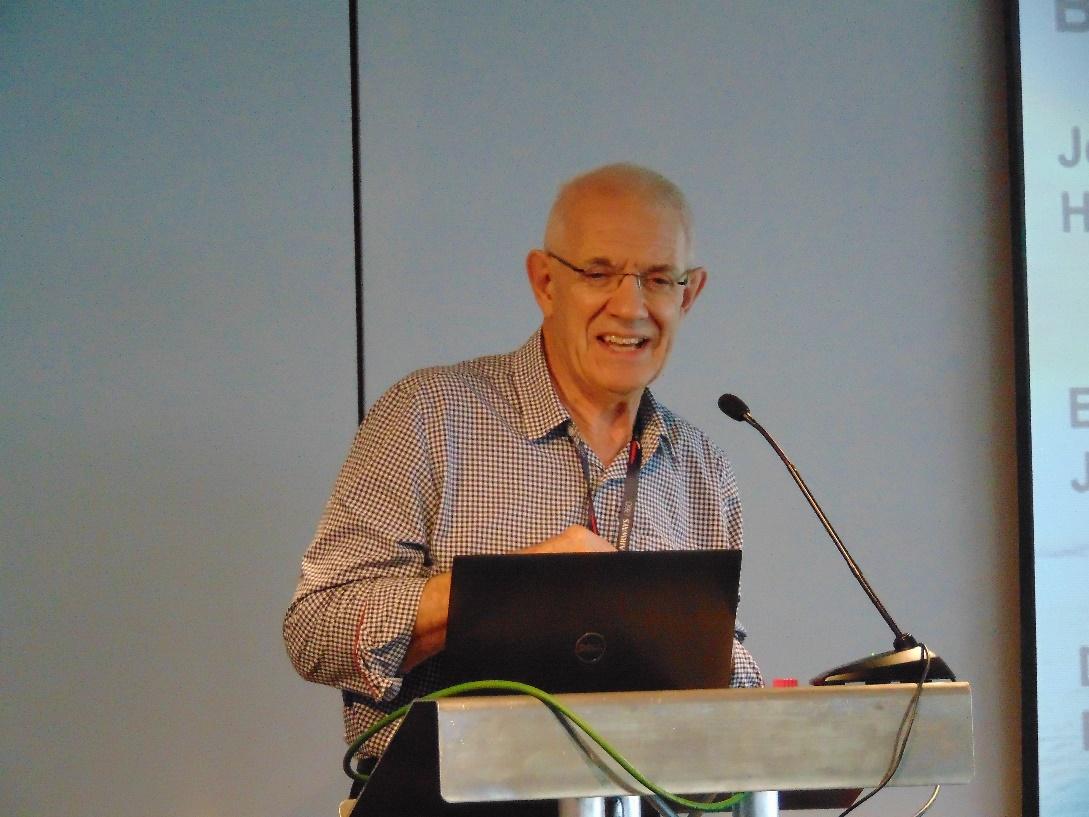 After hearing all about how the i360 was designed and built the guests had a once in a lifetime experience of travelling up the attraction with the Chief Engineer himself. As the i360 is sponsored by British Airways, all the delegates had to pass through mock airport security. The trip up the tower is also referred to as a “Flight” to reflect its BA heritage. After everyone successfully cleared security, the guests made their way into the pod. As they entered, they were greeted with the amazing view of the Old West Pier as the sun beams shone through the clouds. The pod itself has a mirrored bottom allowing others to benefit seeing a reflection of themselves and a great aerial view of Brighton beach. 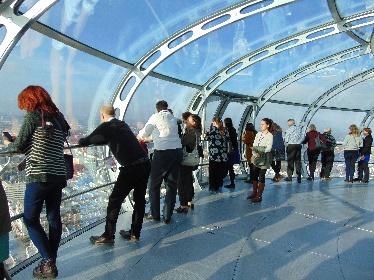 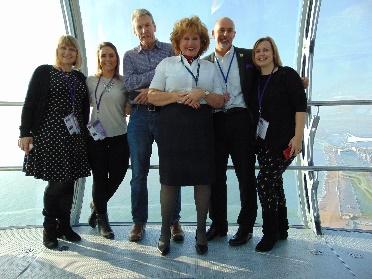 The interior of the pod is very sleek giving, you guessed it, a 360 degree view through the walls that are made of reinforced glass. The pod also includes a bar with staff and an air hostess. As the pod ascended the tower, the ground became more and more distant, and the streets below became smaller and smaller. Once above the height of all surrounding buildings, the guests were able to see the unique street art on the surrounding roofs. From the top of the tower you can see from the South Downs to the offshore windfarm, the view truly is impressive. The flight lasted around half an hour stopping at the top of the tower for ten minutes with the sun shining through the whole time. It was a great experience for all involved. 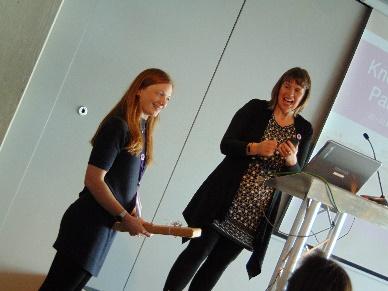 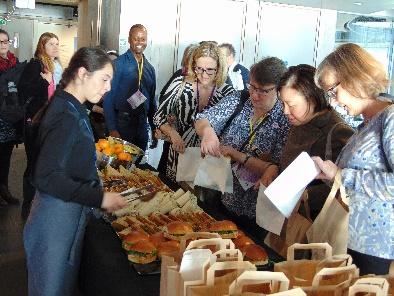 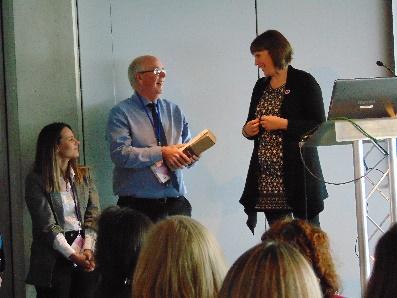 Once the “Flight” made its way back to ground level, all the guests were directed back to the Attenborough room by the Southcoast staff, and the conference was brought to a close with some awards that Dr Shona Campbell presented. She also passed the baton to the Aberdeen team who will be hosting 2019’s conference, the baton being a bottle of whiskey where upon the Scottish team gave the crowd a taste of their culture with a Scottish song. The conference was brought to an official close, and the guests were sent on their way with a tasty lunch or they could take away a packed lunch. Both Brighton University and Southcoast found it a pleasure and an honour to host Knowledge Transfer Partnership Conference this year and hope that next year will be just as good.